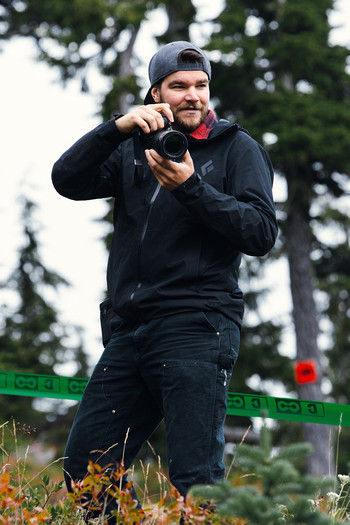 Jarrett is a Vancouver Island-based outdoor adventure and wildlife photographer who grew up in the Comox Valley, getting lost in the forests and along the beaches. As a young teenager, he brought his old camera on every adventure, continuously snapping pics—often through the window of a moving pickup truck. He then found mountain biking, and whether it was racing the Island Cup circuit, or crashing hard on handmade features, it became his passion. A few years and broken bones later, Jarrett has found his truest balance between these two lifelong loves, creating art that honours them both.